ABSTRACT:
Antibiotic resistance increases the search for new strategies to combat the diseases they cause, and the use of medicinal plants represents a highly effective and valuable strategy, such as the use of Tagetes lucida with different gram positive and gram negative bacteria.
Objective: To evaluate the biological activity of the hexane extract of the Tagetes lucida plant at different concentrations on the inhibition of growth in plaque and tube of two enterobacteriaceae, Shigella flexneri and Salmonella typhi
Methods: In the following work, a hexane extract from Tagetes lucida was evaluated on the growth inhibition of two enterobacteriaceae, Shigella flexneri and Salmonella typhi using different concentrations of vehicle to evaluate if it affected bacterial growth and also different concentrations of extract to evaluate activity.
Results: Once the studies were carried out in triplicate, it was possible to specify that from 75µl/µg of extract, almost total inhibition of the growth of both bacteria was achieved, both in the plate method and in the tube method. And from 100 µl/µg total inhibition is achieved.
Conclusions: The favorable results obtained with 75 µl/ µg, confirm that medicinal plant extracts are an important strategy to combat multi-drug resistant bacterial infections. On the other hand, it allows a study to be carried out to evaluate the most active metabolites of the extract, as well as the mechanism of action on the inhibition of the growth of the bacteria under study.

Although antibiotics probably saved more lives than any other type of medication in the course of human history, bacterial infections remain a leading cause of death, and the options for treating these infections are decreasing, due to the increase in Antibiotic resistant bacteria. In fact, several bacterial strains are currently resistant to virtually all known antibiotics. Like carbapenems, cephalosporins, macrolides and penicillins (1). Due to the resistance problems and the low development of new antibiotics, the door is opened for further research and their development (2).

Commonly used medicinal plants of could be an excellent source of drugs to fight off this problem (3).

The genus Tagetes belongs to the Asteraceae family (tribe Tageteae) and consists of approximately 40-50 species. Is an aromatic herb distributed naturally from Mexico to Honduras, at elevations between 1000 and 2000 m. It has sessile, glabrous, oblong-lanceolate and opposite leaves (5-10 cm long) with yellow terminal flowers (4).

Tagetes lucida is a native aromatic plant that was and remains being one of the most important ritual plants used frequently in Mexico. Its common names include “pericon”. It is a common weed and not of conservation concern. Pharmacological studies of T. lucida aerial parts or flowers have reported, insecticidal, cytotoxic, antioxidant and antidepressant-like effects, however, anxiolytic, sedative or anticonvulsant effects have not yet been studied (5). Tagetes lucida has a rich history. It is a medicinal herb that has historically been used to treat many different ailments, such as malaria, dysentery, asthma, diarrhea, fever, and tumors (6)

Members of the genus Shigella are gram-negative facultative anaerobes that belong to the family, Enterobacteriaceae. They share common characteristics with members of the genus, Escherichia and the genetic relatedness clearly suggests that they are a subtype of E. coli. The genus is divided into four species, Shigella flexneri, Shigella boydii, Shigella sonnei and Shigella dysenteriae (8). These species have further distributed into different serotypes based on biochemical differences and O-antigenic variability located on the lipopolysaccharides membrane. Each species with the exception of S. sonnei comprises multiple serotypes among which the most prevalent serogroup S. flexneri are counting more than 19 serotypes (9). Causing bacillary dysentery or shigellosis in humans with estimated annual episodes of 160 million and 1.1 million deaths, most of which are children under 5 years old in developing countries. Shigella are highly invasive in the colon and the rectum, and are able to proliferate in the host cell cytoplasm, triggering an inflammatory reaction. The clinical manifestations of Shigella infection vary from short-lasting watery diarrhea to acute inflammatory bowel disease characterized by fever, intestinal cramp and bloody diarrhea with mucopurulent feces (10). Diarrhoea caused by Shigella species is a major public health problem in developing countries because many cases are caused by drug-resistant Shigella (11).

Salmonella is an enteric bacterial pathogen and a major pathogenic bacterium that causes food poisoning. Its routes of infection include contaminated foods and water. Salmonella is a gram-negative bacillus, causes paratyphoid fever, hematosepsis and gastroenteritis as food poisoning pathogens and these pathogens often resist antibiotics such as tetracycline, trimethoprim-sulfamethoxazole and streptomycin. Salmonella has been known to have about 2,500 serotypes, including the most frequently found typhi and typhimurium (12). Typhoid fever is caused by Salmonella typhi. Typhoid fever is characterized by diffuse enterocolitis associated with hypertrophy, then necrosis of intestinal and mesenteric lymphoid tissue. Haemorrhage is caused by erosion of a blood vessel (presumably as a result of necrosis of venules and capillaries) by the ulcerating process (13).

2.1 Preparation of the extract of Tagetes lucida

The collection of Tagetes lucida was carried out in the town of San Martín Coapaxtongo located in the Municipality of Tenancingo, Mexico, this population is located at an altitude of 2200 meters above sea level. In the month of October.

The leaves and flowers were separated from the stem to obtain a weight of 50,604 g, which were added in 500 ml of hexane without prior use. The Tagetes lucida-hexane mixture is macerated for 168 hours at room temperature in an amber container to avoid contact with sunlight and artificial light.

Subsequently, the mash was filtered with a sieve to remove large remains of Tagetes and also with filter paper to remove the residue of flowers and small leaves.

Once hexane was free of Tagetes flowers and leaves, it was transferred to a new amber bottle. Thus obtaining 500ml of extract.

2.2 Preparation of strains under study and evaluation of the hexanic extract of Tagetes lucida

Wild-type strain cultures obtained from stool cultures of patients from the Ixtlahuaca Valentín Gómez Farías General Hospital donated and provided by the microbiology department of the University of Ixtlahuaca CUI who used the strains in their reservoir were used.

Inoculation of tubes with 3 ml of BHI broth with a 0.5 McFarland scale of the enterobacteria was performed. In the case of Petri dishes, a routine sowing of Kirby Bauer was performed.

For the determination on the inhibition of the enterobacteria under study, in petri dish, sowing was carried out by the method of Kirby Bauer. Subsequently to the crops were added different concentration of the vehicle (hexane) and another series of the macerated. This was done with each of the enterobacteria in triplicate.
Each of the trials and series were performed in triplicate, both for Salmonella and Shigella. The boxes were incubated for 18h at 37 ° C.

Table 1. This table shows the inhibition achieved in the growth of Shigella and Salmonella, both with vehicle and with extract. Where ++++ represents  representative growth, +++ partial inhibition and – total inhibition of bacterial growth

The concentrations under study proved to be highly effective, blocking some pathway for the growth of enterobacteriaceae, and showing that the vehicle does not affect growth, however it is unknown if it affects bacterial-bacterial cellular communication. From 75 µl there is almost total inhibition, and with 100 µl there is total inhibition of bacterial growth.

The study previously carried out by Céspedes et al, in which they evaluated the activity of different molecules obtained from the Tagentes lucida plant on Gram positive and Gram negative bacteria, inspired its replication of the present work, modified in several aspects as follows.

Firstly, the solvent used to macerate Tagetes lucida used by Céspedes was methanol, then the separation, identification and purification of different coumarins and flavonoids were carried out, which were individually evaluated as growth inhibitors of the bacteria under study. In the study carried out in our research group, Tagetes lucida obtained and collected in Tenancingo de Degollado, State of Mexico, was used, while the one studied by Céspedes was collected in the State of Michoacan, which influences the type and quantity of secondary metabolites expressed by the plant.

A further change in the replication of the study is the solvent used, while Céspedes used methanol, a polar solvent, in our study hexane, a non-polar solvent, was used. Therefore, the difference in secondary metabolites can vary even more, not only due to the geographical difference in the collection of the plant, but also the type of metabolites obtained by the solvent used. On the other hand, Céspedes purified each of the metabolites found in the mash, while we used the mash with all the metabolites that could be obtained from the process. A control experiment was made in triplicate with hexane as well as a petri dish, to verify that the solvent did not affect bacterial growth and that the effect that occurred was mainly due to the action of Tagetes lucida.

Céspedes observed inhibitions with good results from diluting 400 µg of compound. However, I did not achieve total inhibitions at said study concentration. On the other hand, with the Shigella bacteria they failed to obtain growth inhibition. In our study, carried out from 75 µl of macerate, a partial inhibition of Shigella was achieved, something that was not observed in the Céspedes study. Thus, the difference in the secondary metabolites, as well as the mixture of the same in the macerate, have potentiated the effect, and thus achieved an inhibition of Shigella, and a total inhibition of both enterobacteria from 100 µl of extract.

Another point that could reflect the lack of activity on the part of the molecules studied by Céspedes is that both strains of Shigella are wild-type strains, and the resistance to certain compounds can vary not only from one geographical area to another, but also between the type of sample of isolated, and the genotypes and phenotypes expressed.

The use of extracts of medicinal plants that have antimicrobial activity suggests an alternative under study to combat infectious diseases resistant to antibiotics.

It suggests a phytochemical panel for determining the active metabolites of the extract and evaluating which is the most active against bacterial growth. As well as elucidating the mechanism by which such inhibition is achieved and whether it also inhibits the release of virulence factors. It was found that the solvent did not affect growth, different concentrations of the macerate were evaluated.

The following research work was not funded by any institution.

We thank all authors and Universities immensely for their support in carrying out this project. We dedicate this work especially to Victoria, daughter of the main authors. 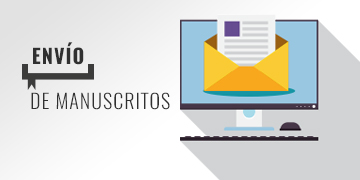 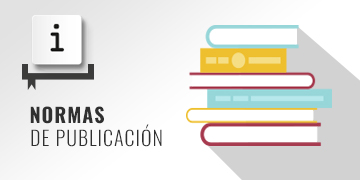